I've won the Perlenkette, which is Germany’s top racing series for lady riders that consists of three runs on sand held at the beginning of the year. Yes, I have won it, but it wasn't that easy because I was sitting on long shots in every race and had to fight my way home with each one of them. It was enough, however, thanks to Lunar Prospekt, and I'm still completely overwhelmed by the gift this 10-year-old gave me.

This year, I hadn’t even thought much about the Perlenkette because my mount in the first race of the series was a long shot. But I didn't care, because the trainer trusts me, no matter what the results are and were. Of course, every female jockey wants to ride the best horse in the race, but I remained true to my principles and rode Lunar. We won ... he confirmed his performancet the next time out and today he still had enough in his tank for a third place finish.

The 2nd place might have been possible as well, but I was out a little too soon. But no matter today, the 3rd place was enough for the victory in the Perlenkette 2019.

And now I’m just very happy to have won this racing series that has a long standing tradition since 1961 ;-). 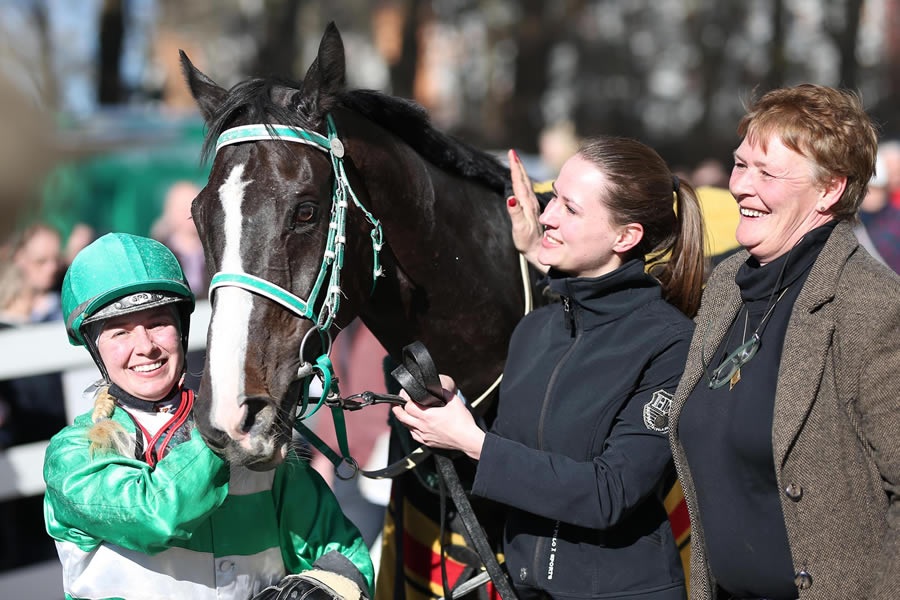 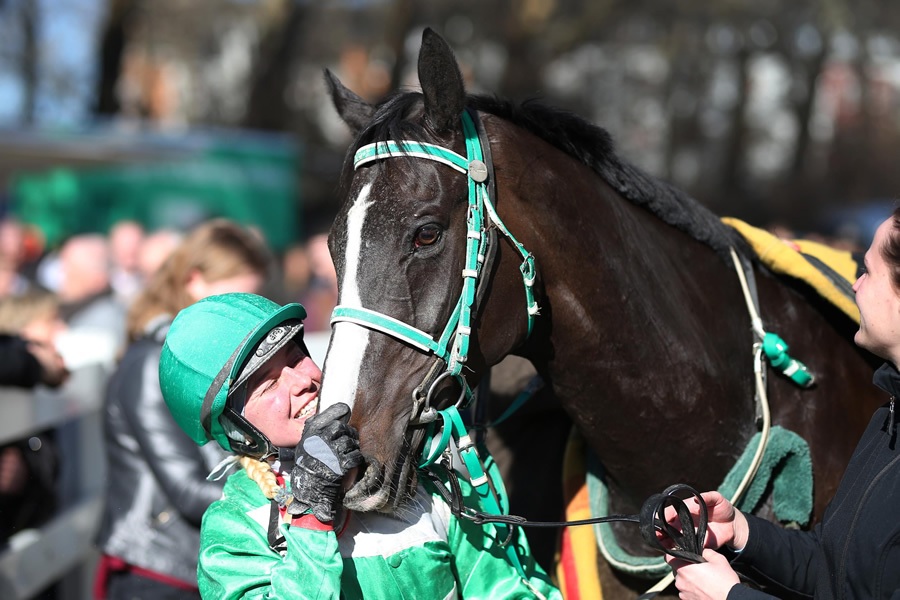 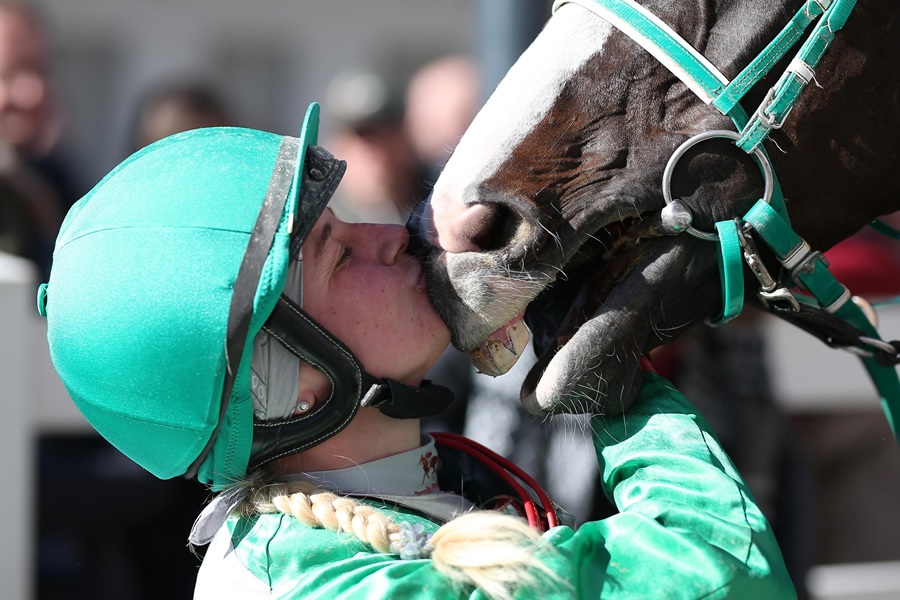 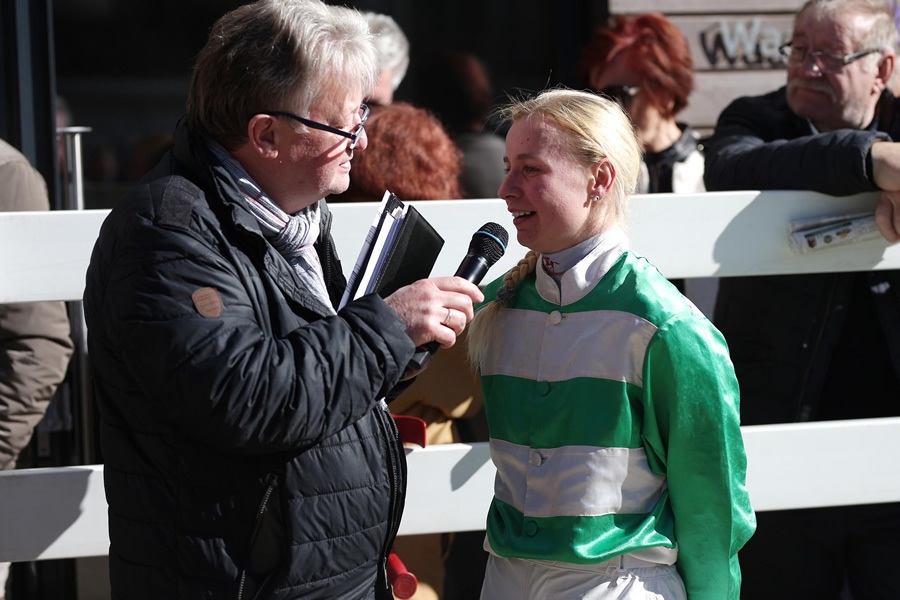 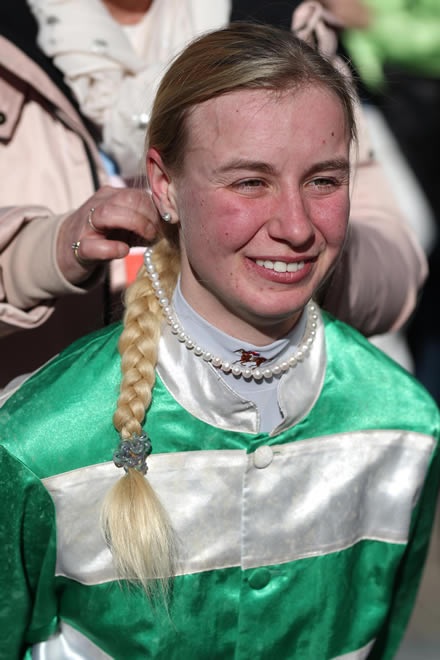 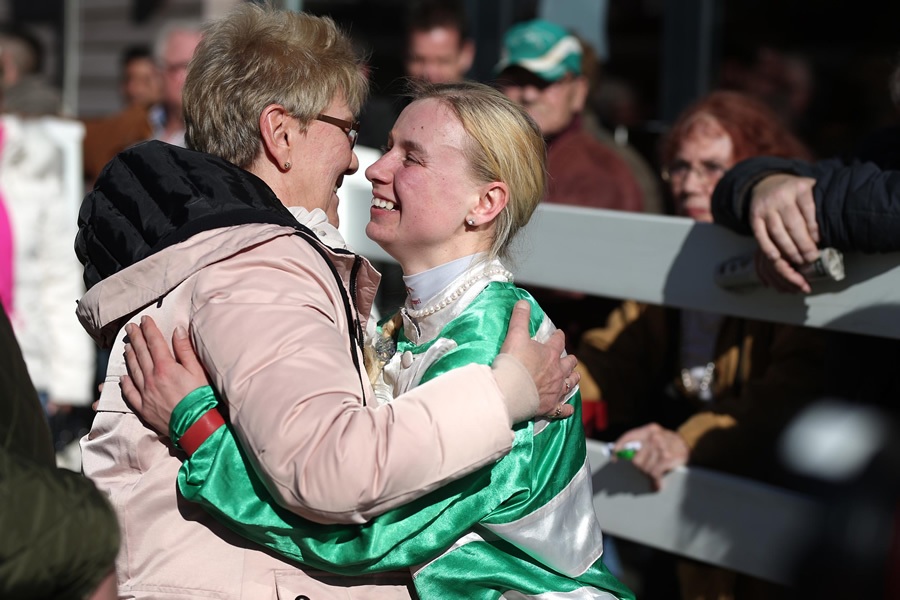 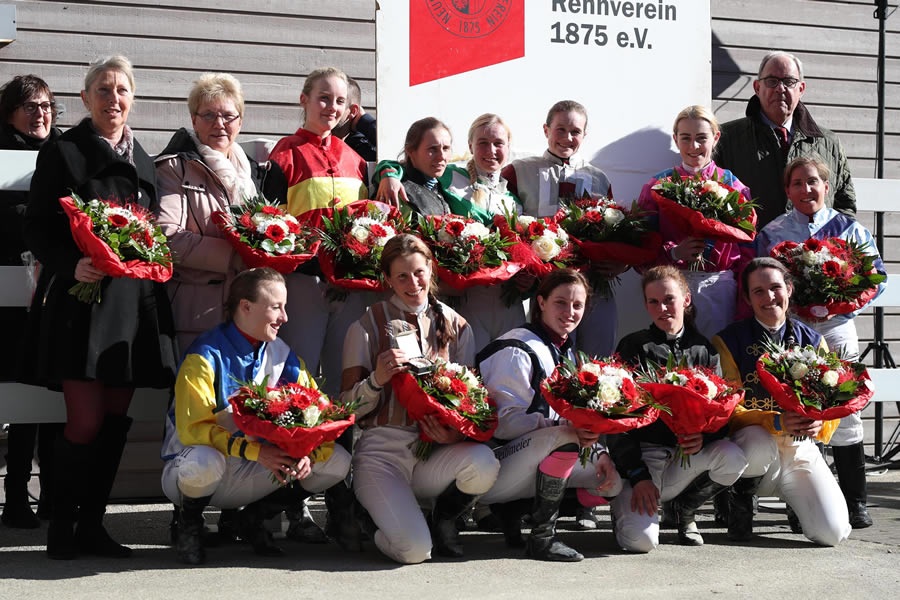 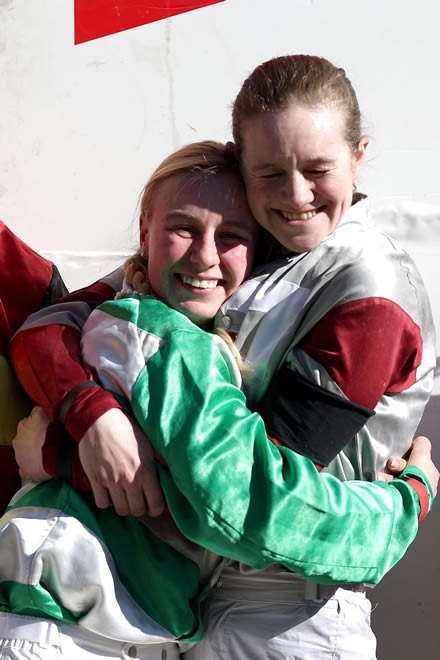 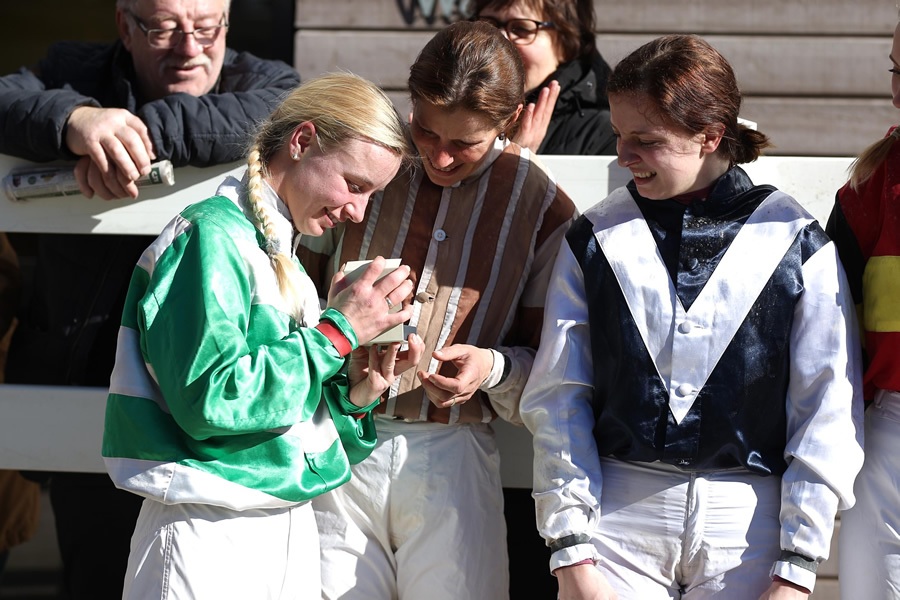 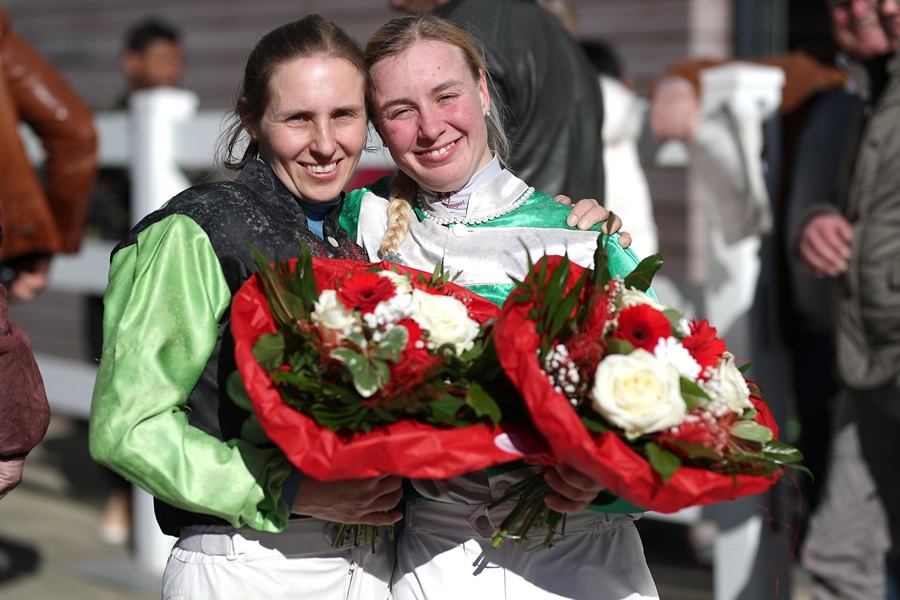 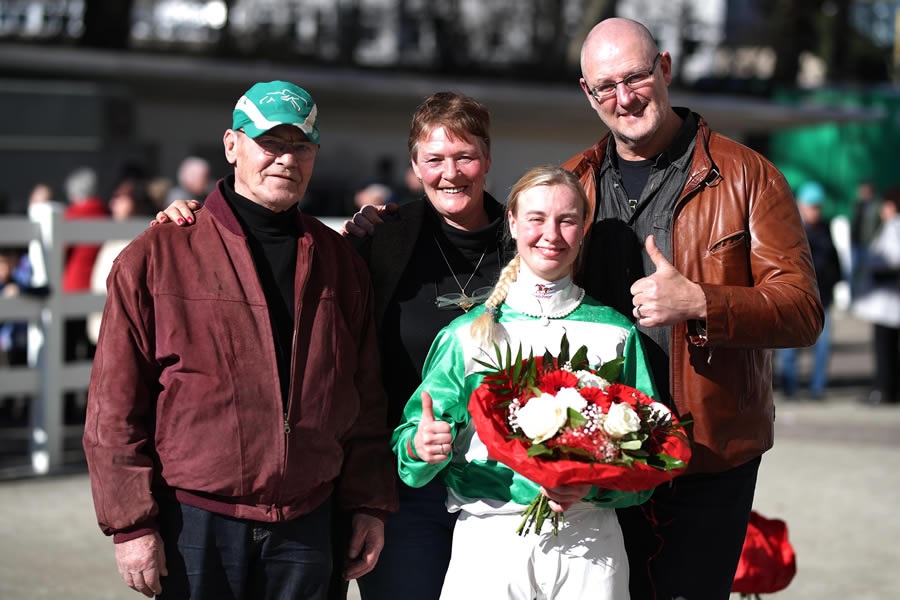 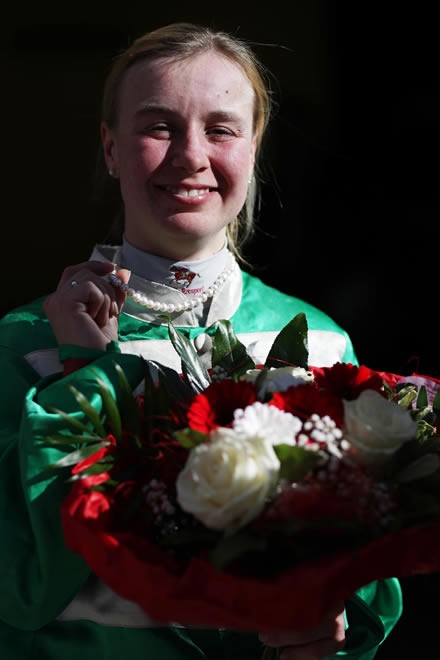 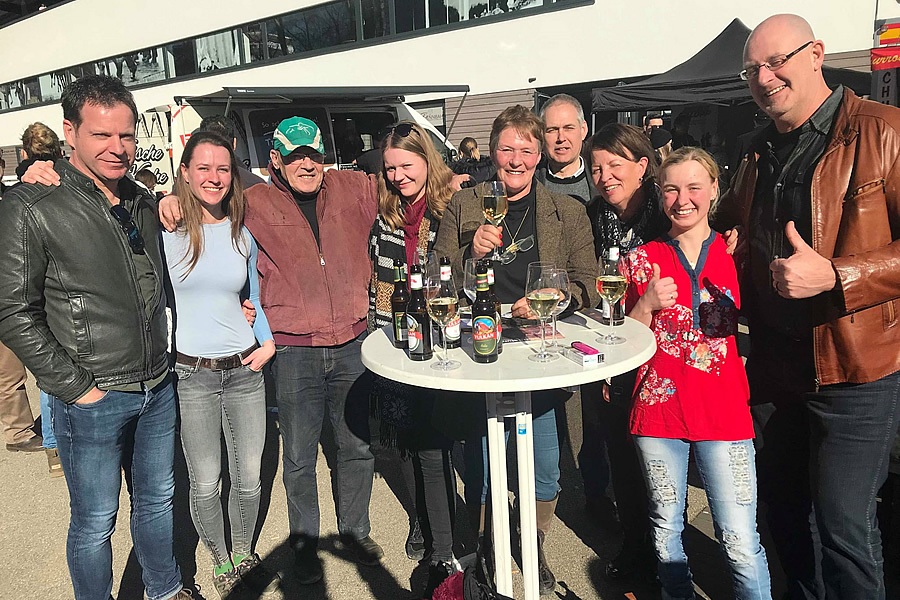 World champion Rebecca Danz is the winner of the most important competition for lady riders: Although she placed only third with Lunar Prospect in the final run of the Albers & Sieberts Buchmacher GmbH - Perlenkette 2019 - Harald von Gustedt-Rennen (level IV handicap, 1,900 m), the 29-year-old from Oberhausen had conquered the lead of the overall ranking of the event with 14 points after the last race day in Neuss on Sunday. (The “Perlenkette“ is a racing series for lady riders with a long-standing tradition encompassing three runs during the winter season.)

Even though the eleven-year-old Iffezheimer guest Bacchus Danon from the stables of trainer Gerald Geisler sensationally secured the victory with Eva-Maria Geisler to odds of 26.9:1 ahead of Edelstein (Olga Laznovska), none of them could endanger Rebecca Danz's lead in the event.

It was truly a thrilling finale though, because Rebecca Danz with her 14-point-lead was followed by Olga Laznovska and Sibylle Vogt, who played no role with Preaux this time, with 12 points each. The valuable prize for the overall victory, a pearl necklage, went to Danz, who was also nominated for the “Sportswoman of the Year 2018“ award in her hometown of Oberhausen after winning the World Championship in Abu Dhabi last year.