For the Derby-Meeting I had a number of good rides, basicially every day I had decent horses to ride. Because of the rain, the going was soft and some of my horses did not like that too much. But I have to say that the going in general was much better than in recent years.

The opening day had to be cancelled because of the storm. This was a pity - my first chance to take someting home, was gone. But that's racing. I hope I will get another chance to ride for Michael Figge some time soon again if the weight fits.

On Saturday i did start for me with Ulandos for Claudia Bothe in an age for weight race. The horse gave her debut and was just here to learn. We ended up in eigth place, but he did a good job and Claudia was happy the way the race unfolded.

More important was the top handicap with Molly Le Clou with a strong field - for my trainer Jens Hirschberger and Gestut Auenequelle. The race was run without a starting machine so my coach said: You have to wand your magic now. This is excatly the kind of confidence you need from your trainer, in particular for a rather fresh woman at his yard. I knew, if things don't work according to plan, I would not be blamed. With third place I guess Molly and I did a good job.

On the same day I had a ride for Yasmin Almenrader on Part Of Ireland in a race for female riders. We also did have a flag start and a false one. The reason I why I don't know but basically we were done by then as Part Of Ireland is a real bull and was very hard to stop. We returned soaking wet to the starting point at that was that even before the race had started.

For Maria Nienstadt I did ride Jarak and we both knew that he does not like the ground, but he needed a race before the meeting at Bad Harzburg. He lost interest early on - this was just not his day.

On Tuesday I scored with Bavarian Beauty just like last year. The race panned out just the way Jule Arnold a I had discussed it beforehand. We used the same tactics like last year and had now problems winning start-to-post.

On Wednesday I had a ride for Reiner Werning on Lucianas Beat. For the first time the gelding did run on sprint over 6f. His tenth place looks worse on paper than it actually was. I like this guy, I'm pretty sure that he will improve. He needs a bit of cut in the ground and then it will fit in future. 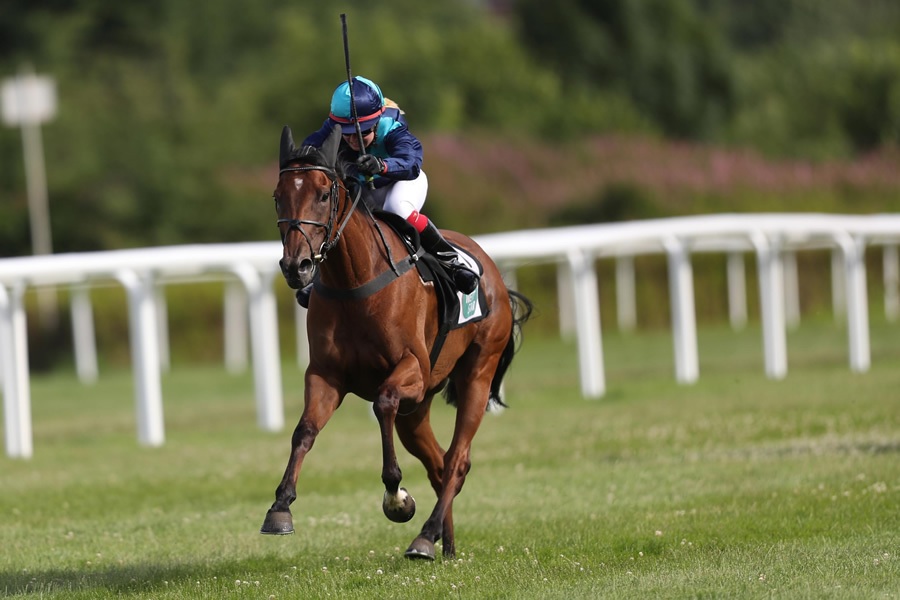 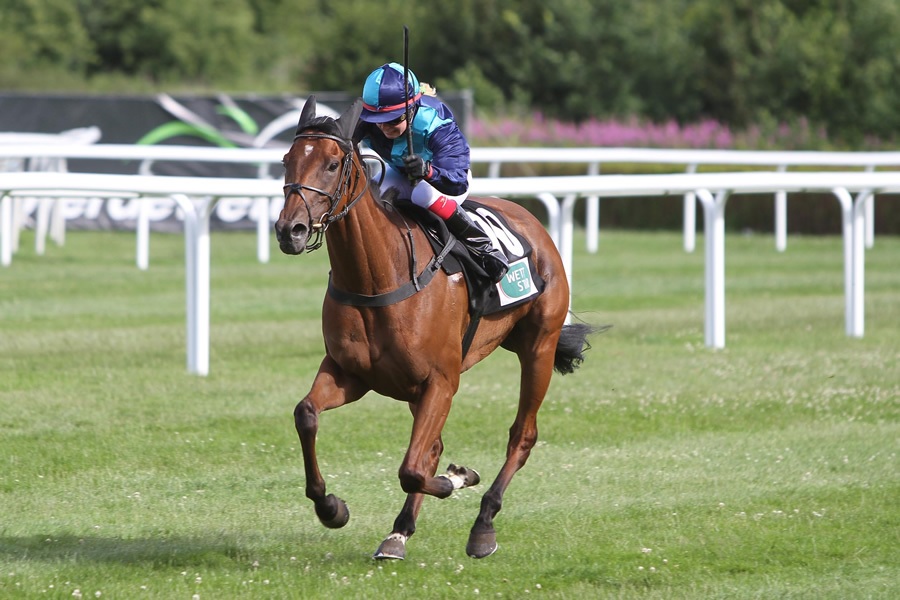 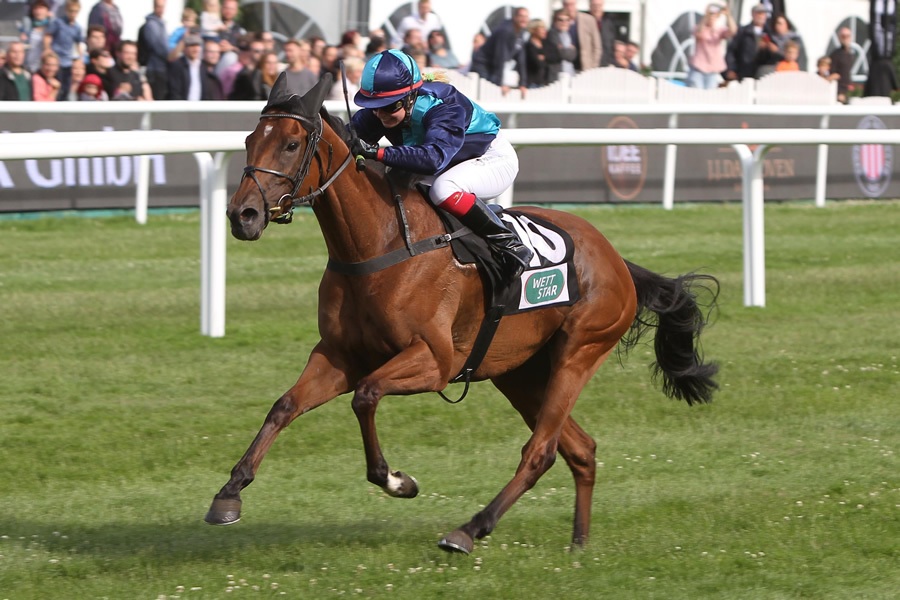 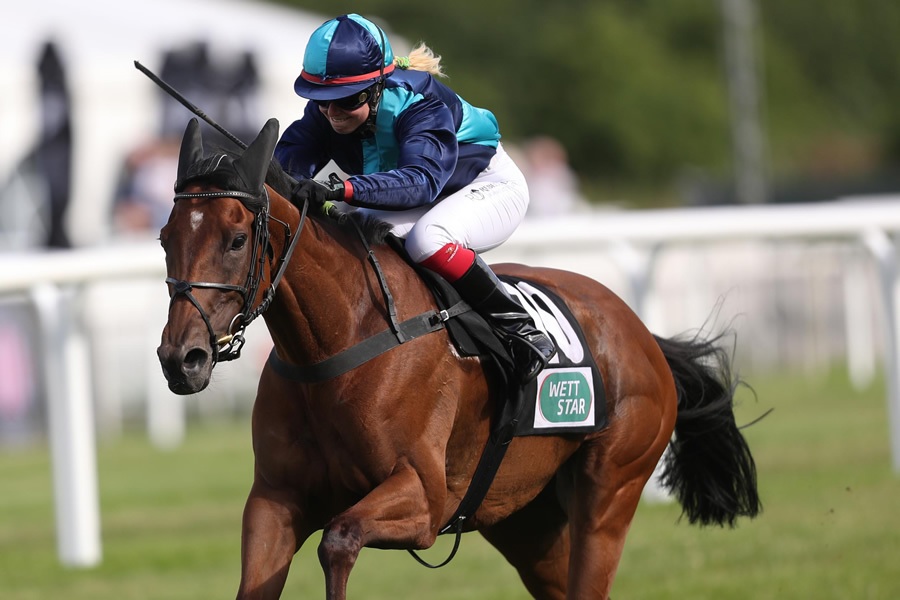 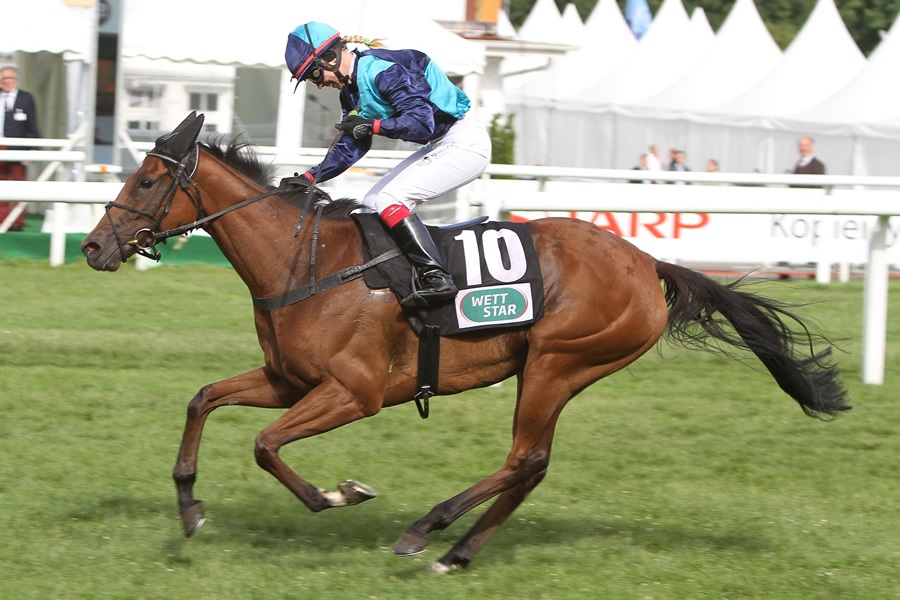 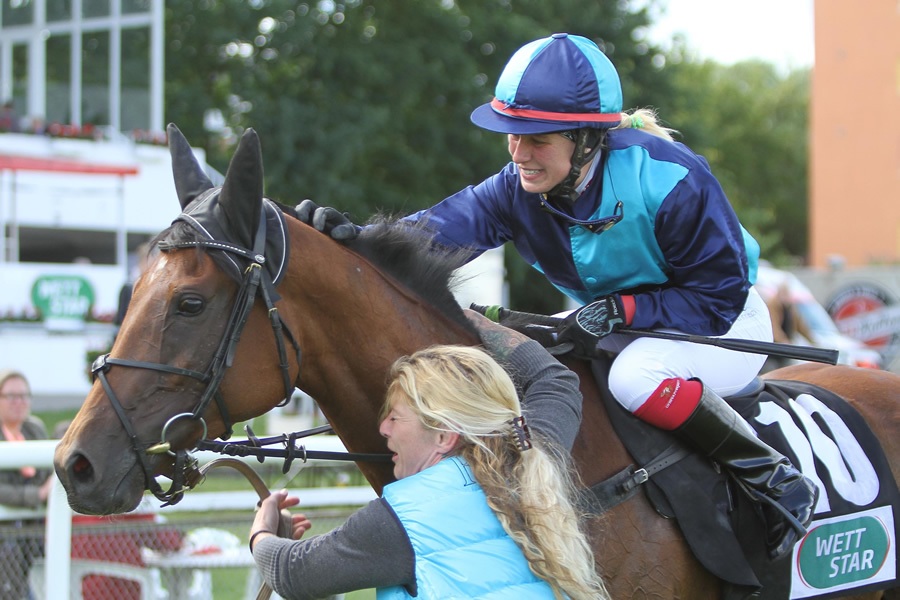 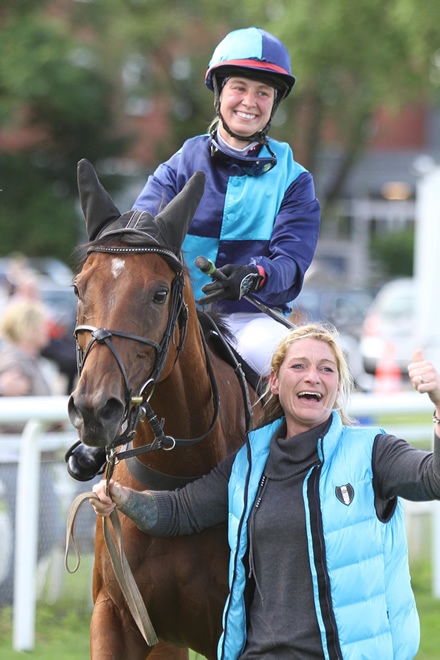 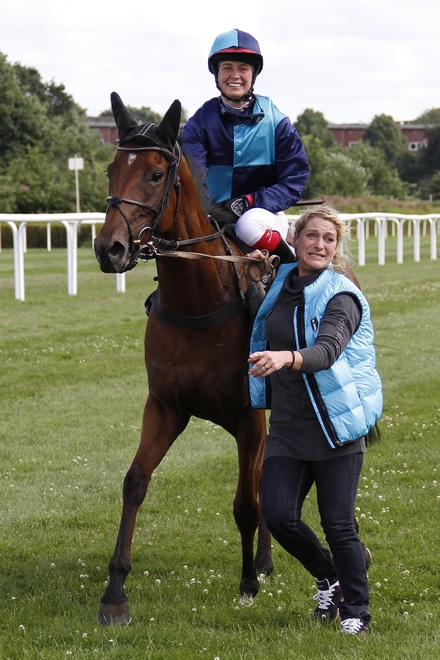 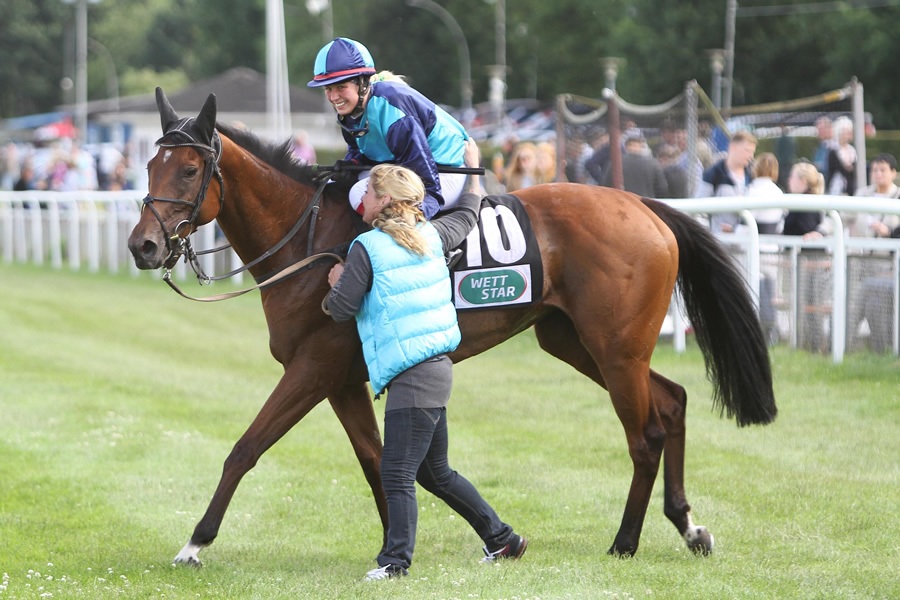 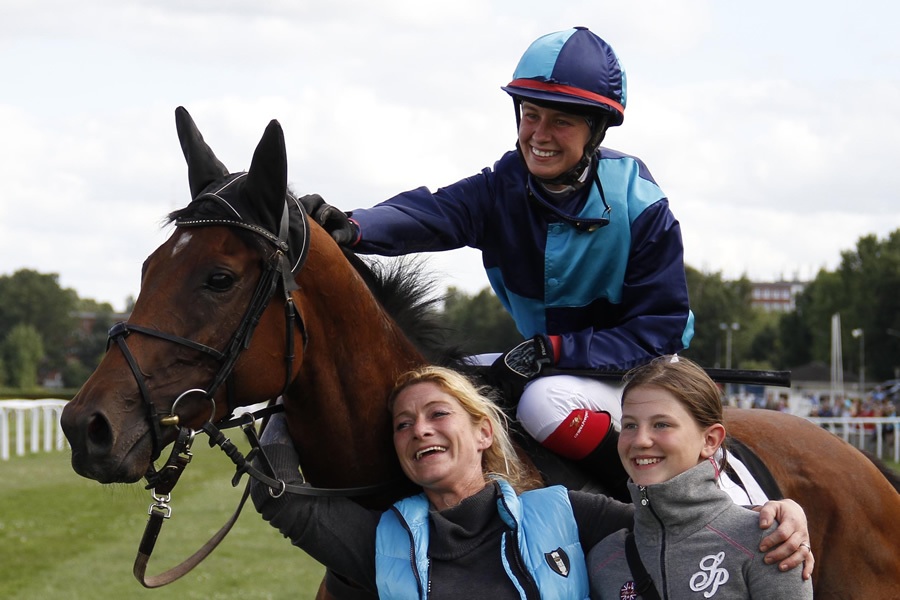 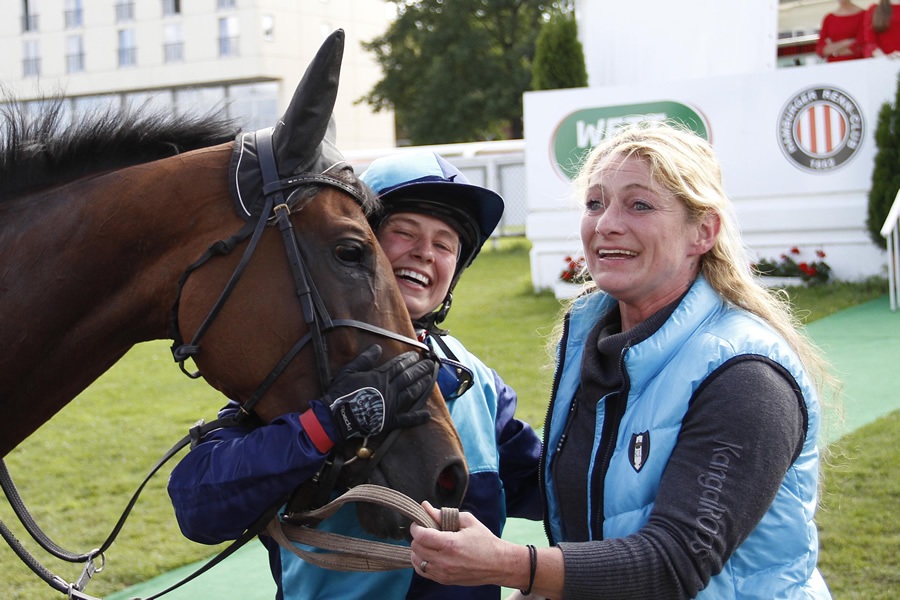 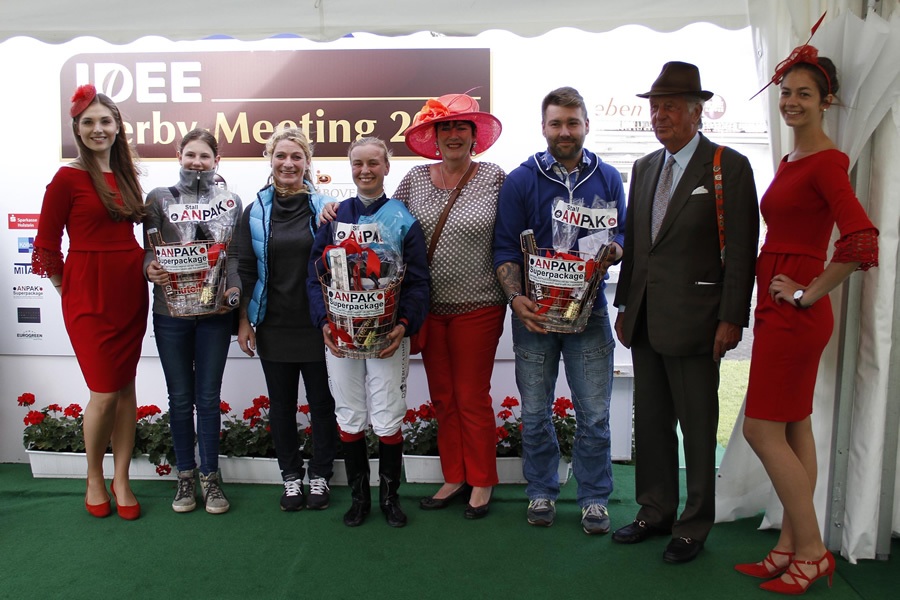