The win at the Bad Harzburg Meeting came with I never thought possible on this kind of ground. Before the festival I was counting on Heraclius as a good chance, but then I saw the pictures and videos of the flooded town thanks to the storm. I thought, ok soft ground – that’s it for him.

But when I arrived on the track on Saturday I was surprised. The kind of work the Racing Club put in after the big rain deserves total respect. The ground and even the areas for the spectators were in good shape. Chapeau!

I’ve started the day well with a third place on Jarak, I rode him according to order from behind. The boy is and remains a special case. On the canter to the start he had problems because the parasols were closed and he wanted to have a close look! Anyway I think he had a good race and her trainer Maria Nienstädt was happy.

In the Super Handicap over 1.850m I did ride Polarstern. Well, everybody should judge for himself. Normally you don’t want to argue with your colleagues but if someone rides that way you can only shake your head. We were all very lucky that no one did fall. That’s all there ist to say.

In the BBAG Auktionsrennen I was on Dornröschen for Trainer Sascha Smrczek and Stall Nordlich. When the starting boxes opened she began to buckle and rise – that does not happen too often. She never got into the race and we ended up in 8. place as second-last. But I spoke to the trainer and asked him if I can ride her again next time out.

Then there came the victory on Heraclius in a handicap (Ausgleich IV, 1.550m). It was neither his perfect distance nor his ground but he surprised as all. Including me and the punters because he was a 651:10-outsider on the Tote. But his ownertrainer Hans-Jürgen Palz was optimistic. He told me Heraclius is in good form and he can win. I was easy to comply with the order Hans gave me and Heraclius was an easy winner.

Yesterday I added a second place on Fuscano for trainer Uwe Schwinn. I have ridden the boy already a few times and he was in top form again. He was demanding to let him go a few times while travelling. Being runner-up behind a clear favourite was a good performance. 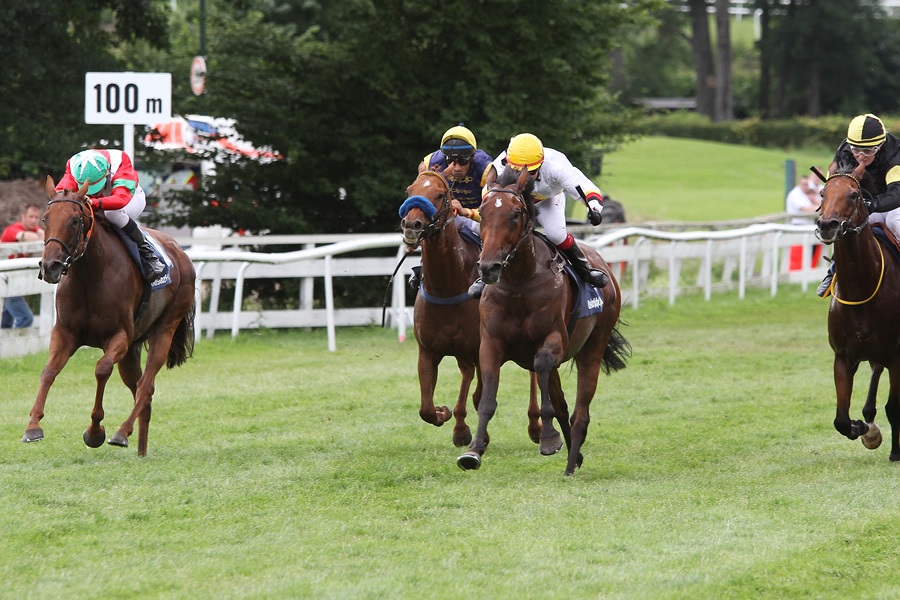 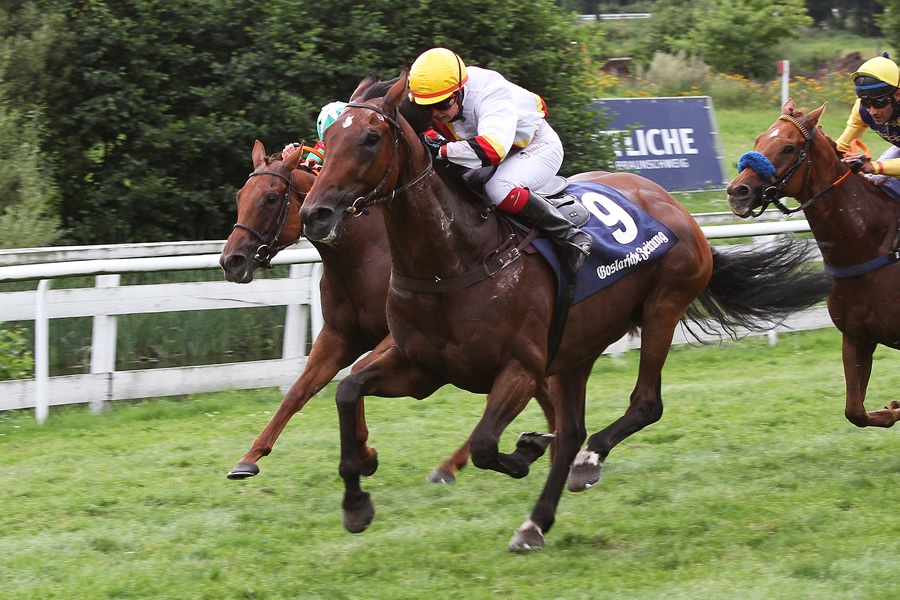 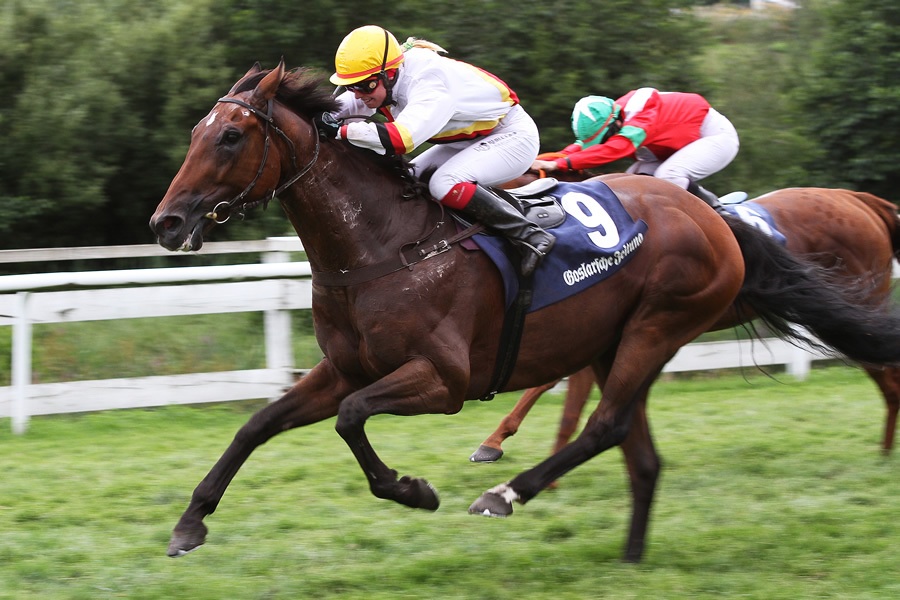 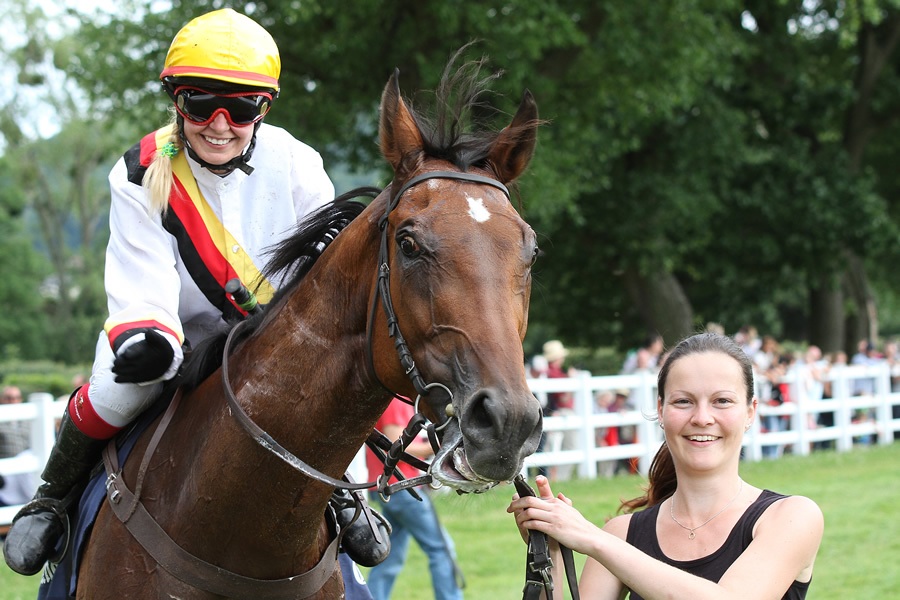 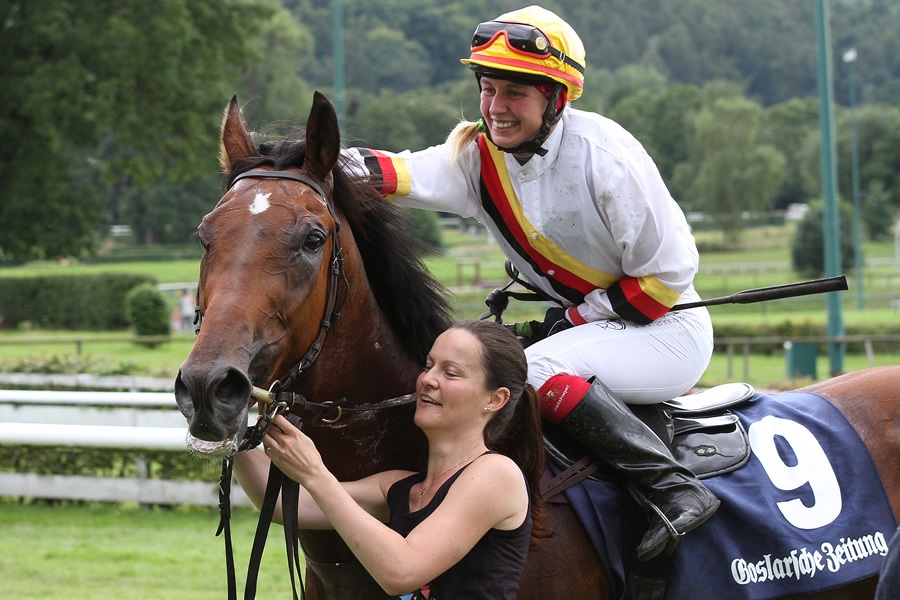 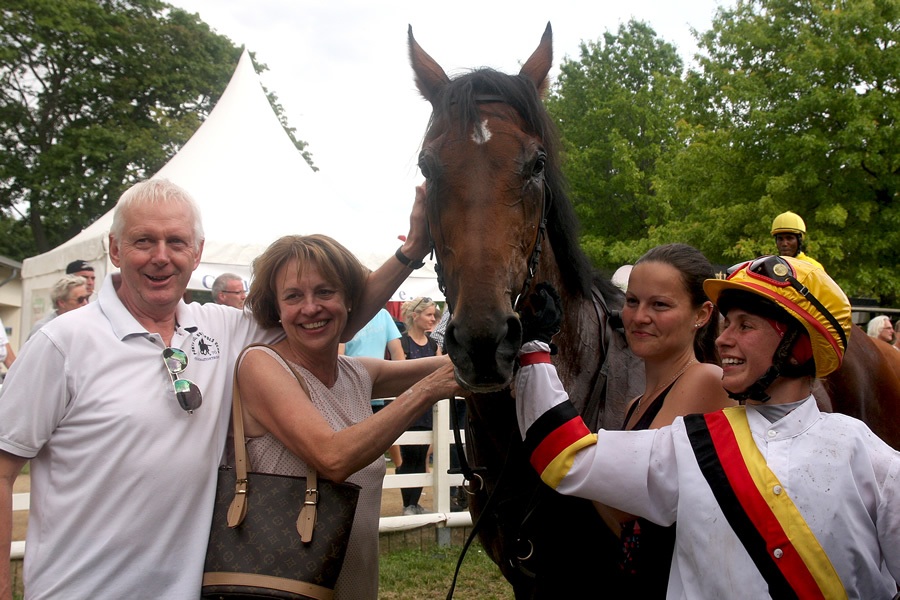 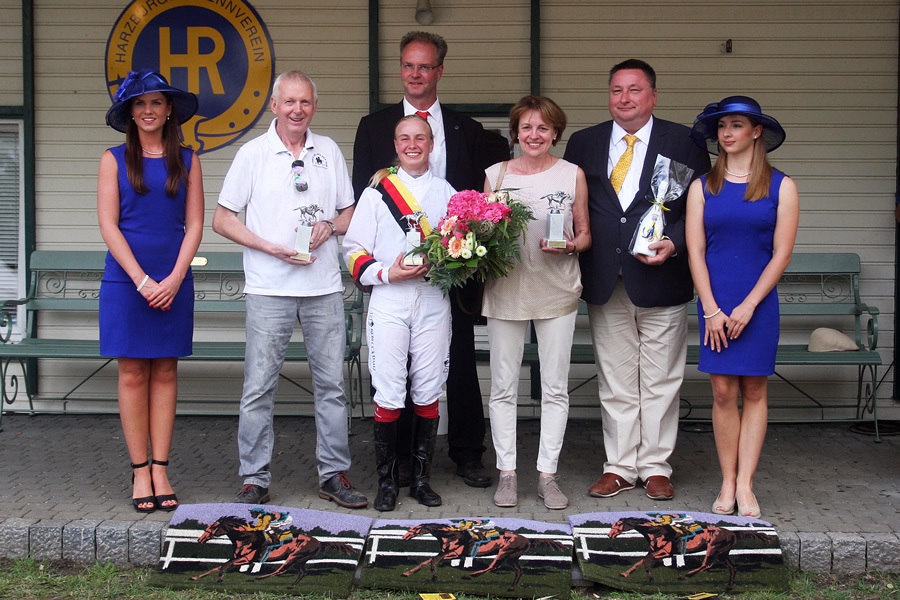