Today I wasn’t at Baden-Baden but drove to Leipzig where I had five rides. The journey paid off thanks to the win on Ivor’s Fantasy.

Basically we had an easy race as we took the lead right after the start and no one did bother us. I let the filly do her thing, the pace was face and I had a good feeling. Already in the final turn I was convinced that nothing will happen to us today. It was my first ride for Sarah Weis, who I like a lot. Somehow for one reason or the other it has never happened for us beforehand so I was very pleased to score for Sarah on my first ride. Her husband is a riding colleague of mine, who did help me once on a difficult horse round the tricky turn on small track in the Southwest. So I’m very glad for the both – they are managing a small stable with a lot of passion. Thanks Sarah for the ride!

In the first race at Leipzig I had a non-runner – Killerbiene for trainer Anna Schleusner-Fruhriep got injured on her way to the track and went lame. I’m not sure who is responsible for choosing this new path to the track, I’m quite sceptical by now. A good idea but badly put in practice.

Trainer Marco Klein booked me for Fujiyama Danon. Despite a break of two years a good ride for me. There was a clear favourite in the field and in the end it turned out that we didn’t stand a chance against him. But I sat on a good horse who was willing and should do even better next time. Despite his age of nine I fancy my chances with him next time round. Well done Marco.

For trainer Marco Angermann I had two rides on Alte Adventure and Fritz. Both didn’t like the ground, they need it softer. They made a lot of mistakes and you can feel it in the saddle, it’s just not working. I reckon that Alte Adventure is a really good horse - so far always beaten under value. 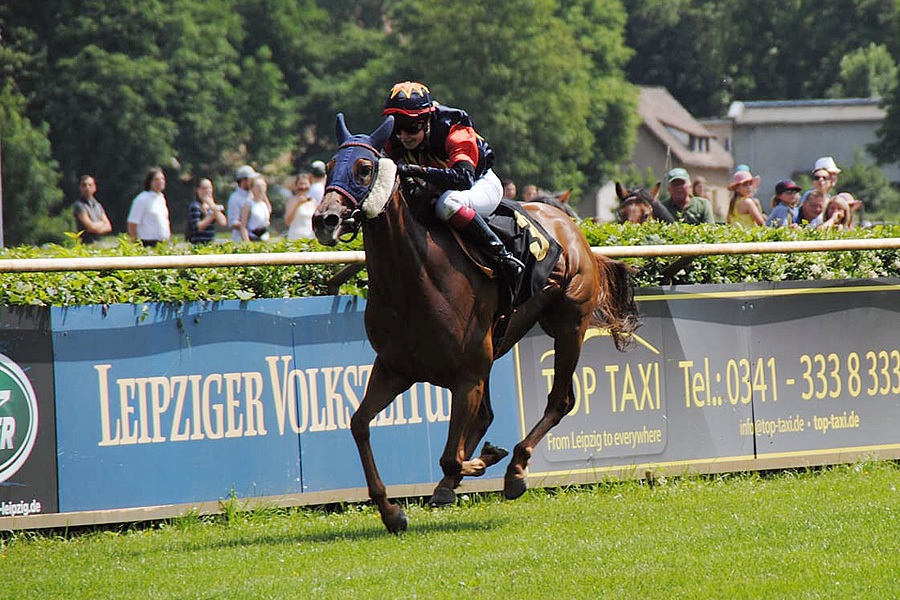 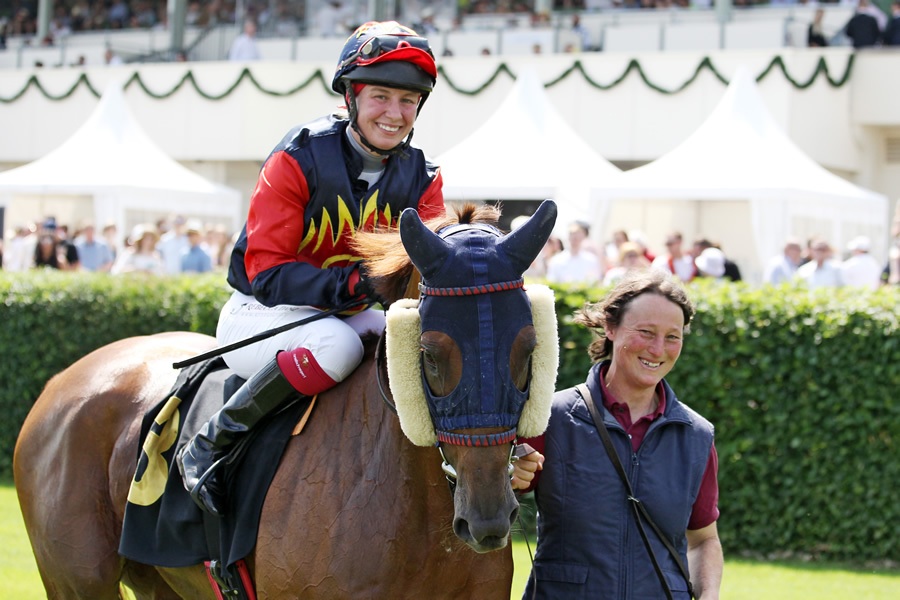 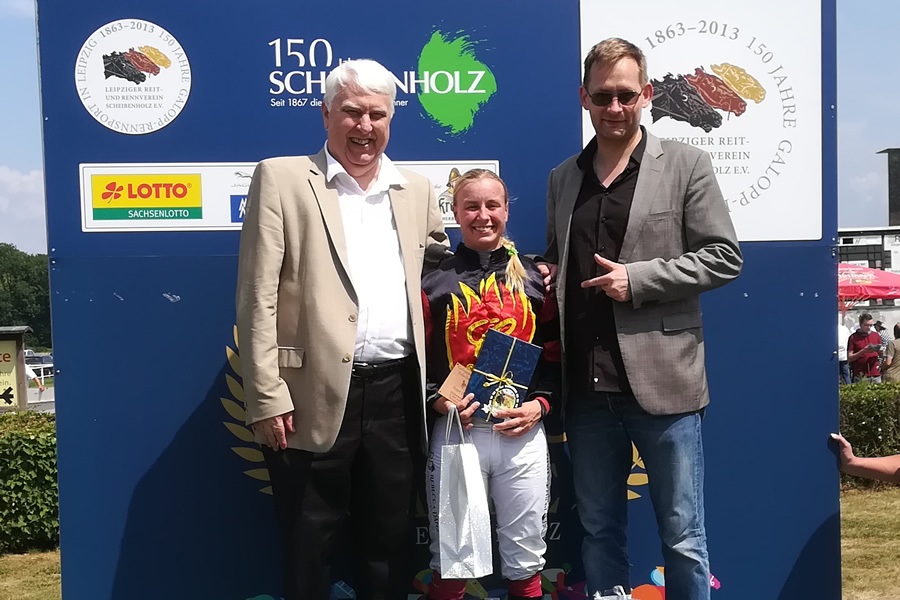