It was a nice and good race day today in Dortmund. I had three mounts, and I expected a very good run from Prefect. That “good“ was enough to win was all the better ;-).

I had some hopes for Ana Bodenhagen's Prefect after the previous race, because we had talked since and had a plan for this race. Ana then also applied for the outer starting gate, which worked in our favour along with the dry surface. Prefect put up a great fight and scored right at the mark. What more can you want from a long shot?

Although there have been few mounts so far, I am happy to have started off the season so well. It can go on like this for all I care ;-). 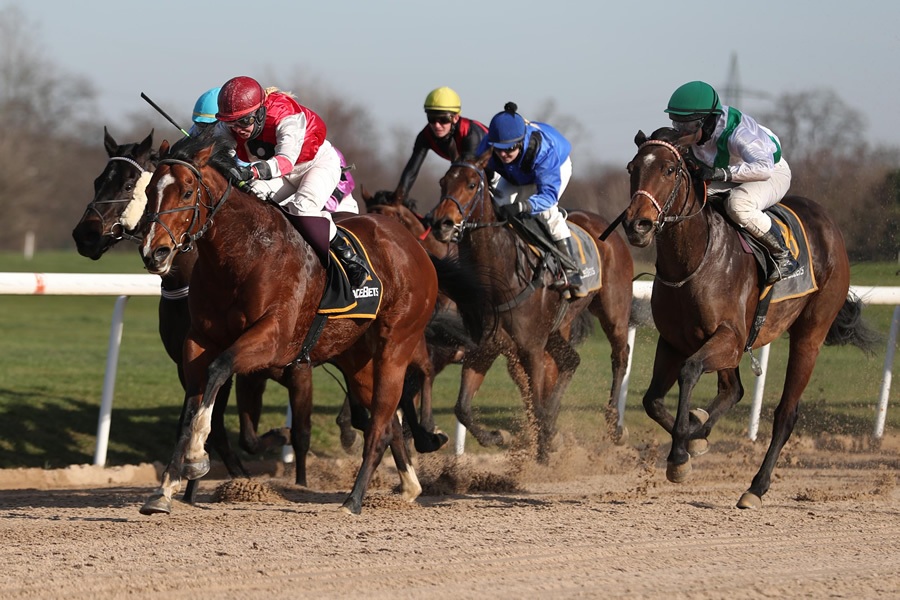 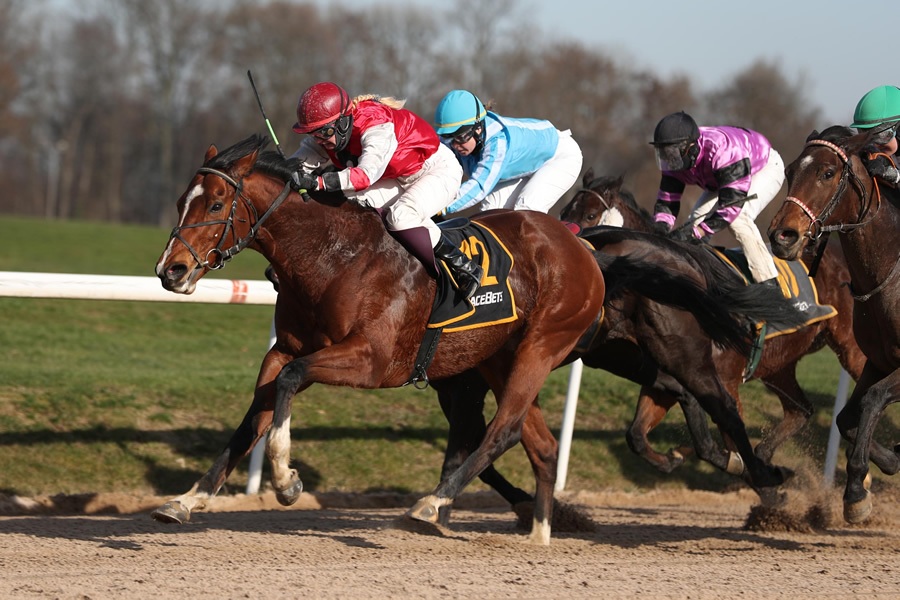 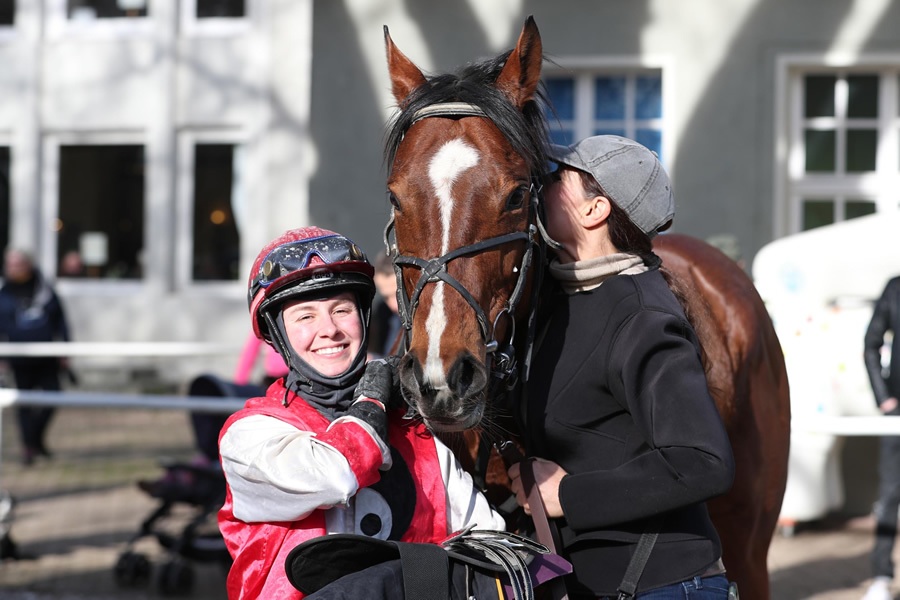 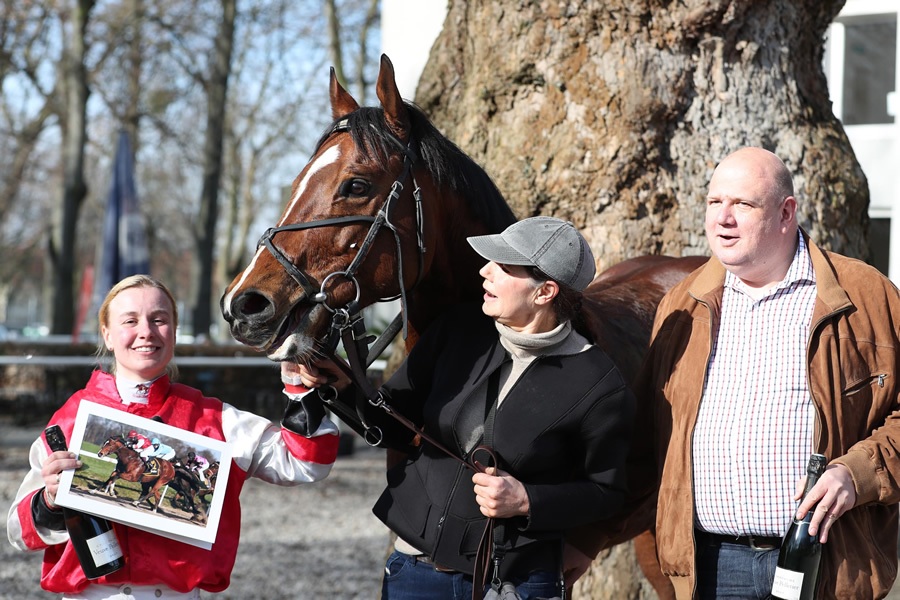 Oberhausener jockey Rebecca Danz has a thing for long shots

Rebecca Danz's great start into this year's racing season continues. The jockey from Oberhausen scored with a long shot once again.

The good start to the season continues for Rebecca Danz with her third victory. The jockey from Oberhausen has scored with a long shot–again. After her great season opening with a surprising double victory in Neuss, the reigning World Champion of the female jockeys recorded her third win in Dortmund where Danz triumphed with Ana Bodenhagen's 7-year-old gelding Prefect in the 1200 meter Sprint-Handicap to the quota of 135:10 with a tremendous finish.

“The season started well and for Prefect I had some hopes after the last race. We scored right at the mark,“ Rebecca Danz summed up. “Now I hope for a good result next week in Neuss in the final run to the “Perlenkette“ (Germany's racing series for female riders). The overall win would be very difficult to accomplish, but traditionally there have been many surprises in this series.“