I have already won on many German racetracks, but never on my home track. That's why yesterday was a very special and emotional win for me. And to score with Monte Cinq for my friend Janine Beckmann, who had broken her hand and trusted me again, despite top weight.

I had to carry some lead with me in this sprint handicap, but I was confident nevertheless because we had placed 4th last time here in Mülheim, not far behind the winner. That this was enough to win was all the better :-).

Of the nearly 16 kg of lead that I carried with me only 6 kg were in the saddle, the rest I had placed on my body parts ;-). Just saying to those who might come at me again and cancel a mount because I would have to carry too much dead weight, being a lightweight jockey.

Then I have to say, it was the Shinging Emerald race, named after a horse of our vice president in Mülheim, Werner Krüger. Werner and I have known each other for more than 10 years now. He saw me back then when I earned my first racing spurs in Berlin-Hoppegaten. That is also what made it something of a special today ... first victory in Mülheim, for my girlfriend Janine and then in a race sponsored by Werner. A day I will likely not forget and it was twice as much fun to stand on the winner’s podium with these people. 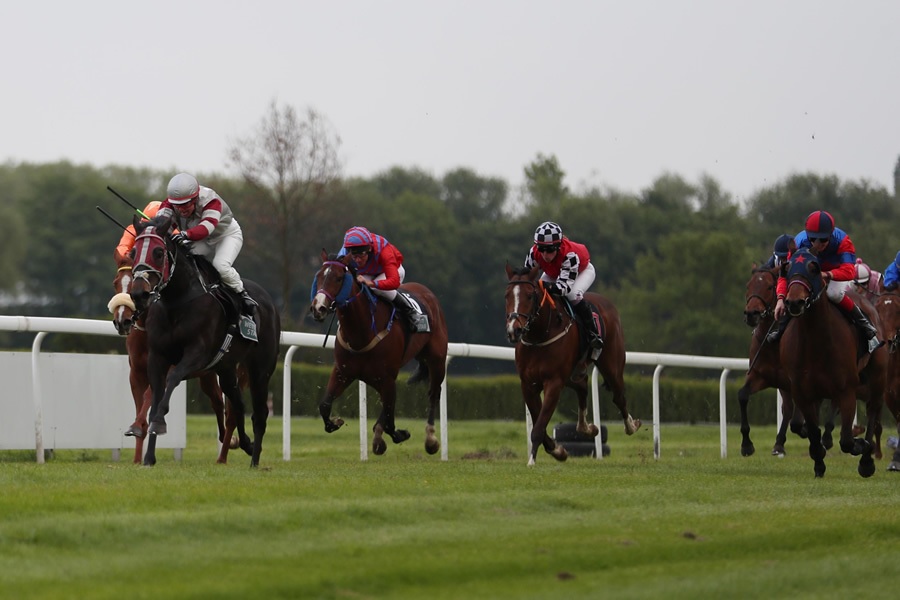 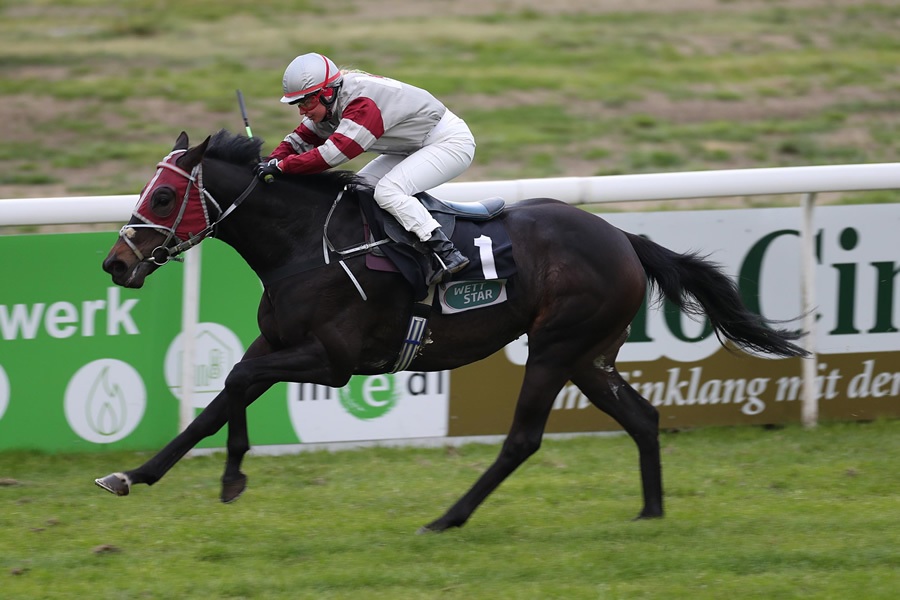 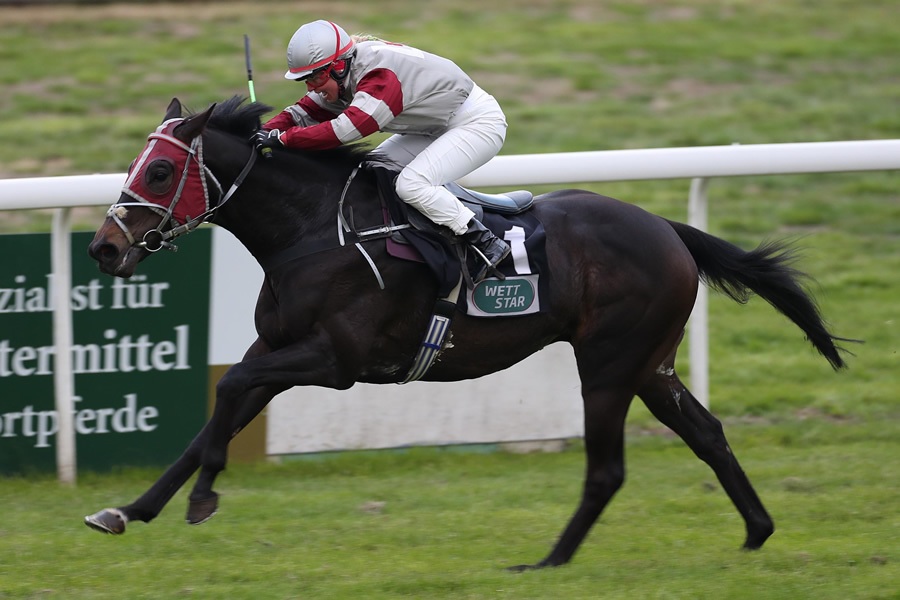 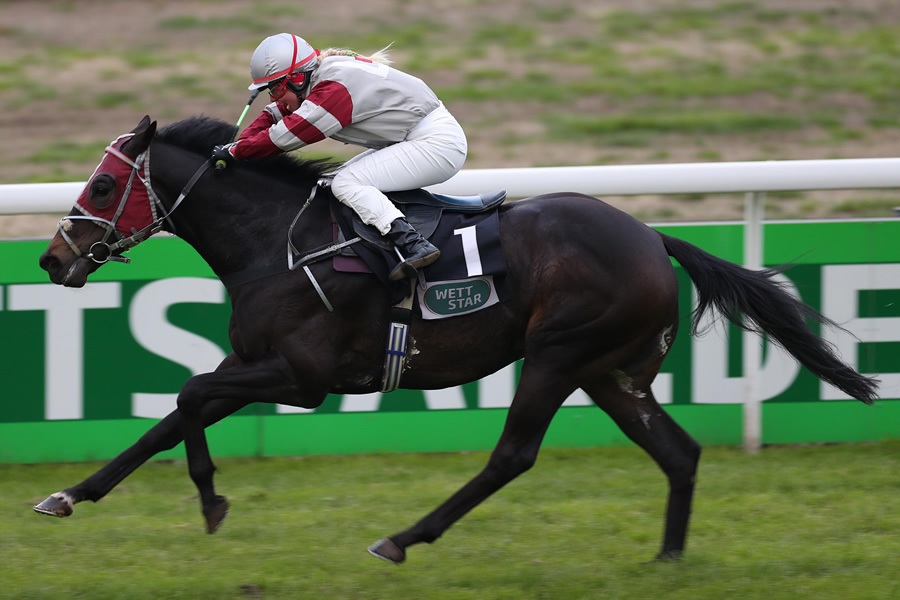 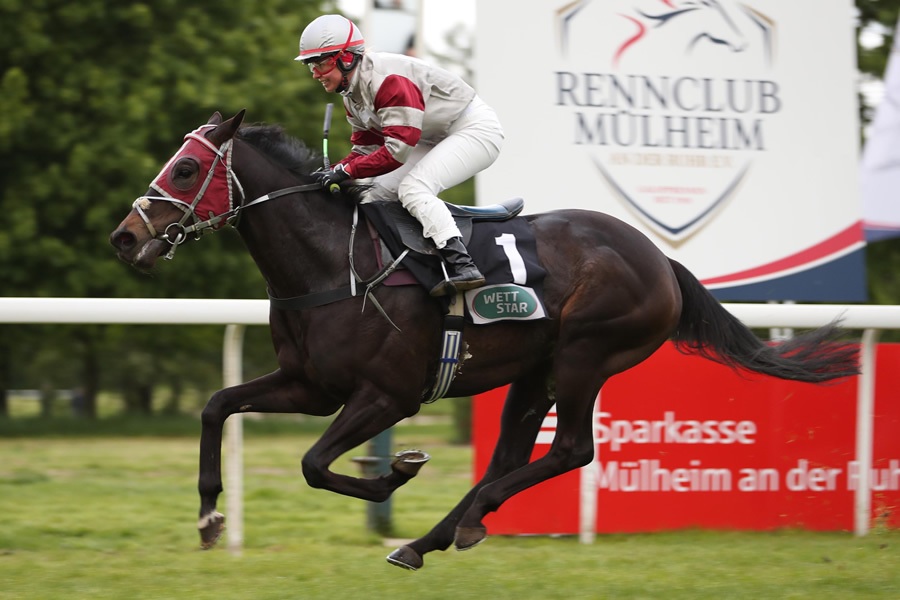 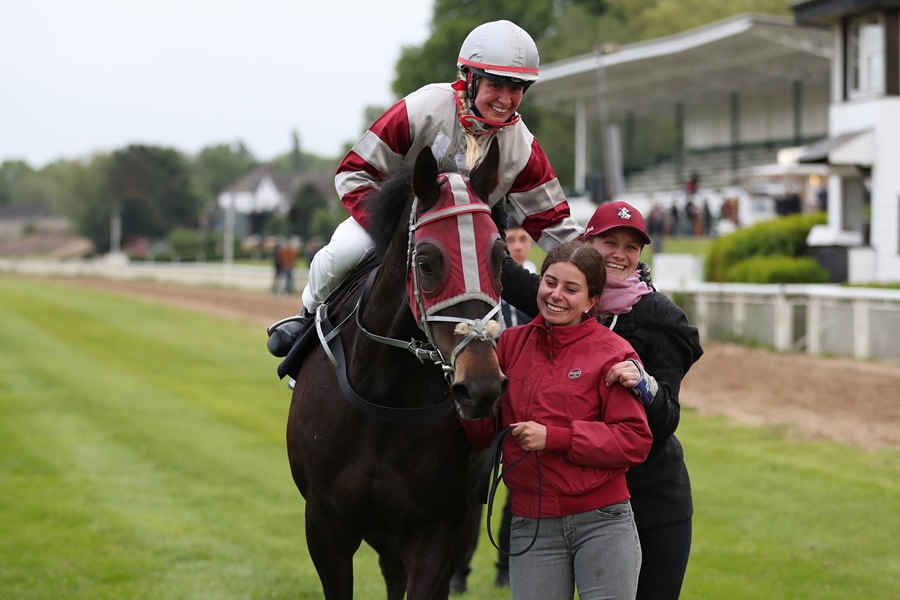 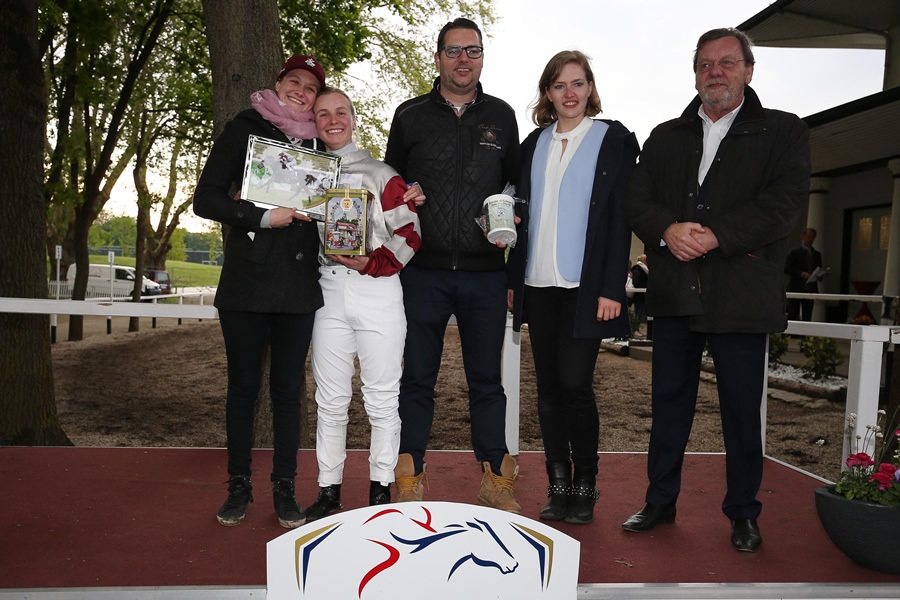 Lady jockey Rebecca Danz proved in a 1300 m handicap, which was started with the flag, why she is world champion: With Monte Cinq (11.1:1) prepared by Janine Beckmann from Versmold, she did a great job budgeting the race for her mount while their runner-up was the long shot Shamrock Emma who arrived ahead of Hurricane Harry.

Oberhausen jockey Rebecca Danz demonstrated at Mülheim’s after work raceday why she is the reigning world champion: In a 1300 m handicap, which was started with the flag, she budgeted everything perfectly for her mount Monte Cinq and scored a remarkable, special win despite carrying top weight at 65.5 kg. It was her first win on her home track in Mülheim and the 90th career success for the 29-year-old lady rider.

“I've won at almost every race track in Germany, only in Mülheim I've never been on the podium,“says Danz, who was one of the top three contenders for Oberhausen’s title “Athlete Of The Year“ award. This was something quite emotional and special today. The horse belongs to my friend Janine Beckmann, who broke her hand and trusted me with confidence even under maximum weight. I think some people were astonished that I won with 16 kilograms of lead in the saddle.“

The race was endowed with €5,000. Since Monte Cinq was not in the focus of the bookmakers, the winning bet paid €111 Euros for €10; the trifecta even amounted to 41,377:10. The next race day at the neighbouring Raffelberg racecourse is the Spring Meet, which will be held on Saturday, May 18, starting at ten o’clock in the morning already with the first start scheduled for 11 o’clock.